In addition to his work in the music industry, recording artist Minister Redeemed has served as Outreach Coordinator of New Horizon Recovery Center, a ministry underwritten by Teen Challenge, Georgia. 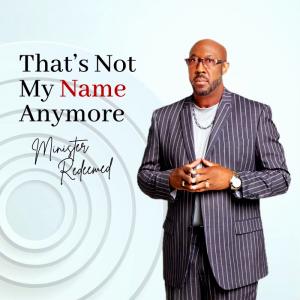 “That’s Not My Name Anymore” is a message of redemption that thousands of listeners are already gravitating to. 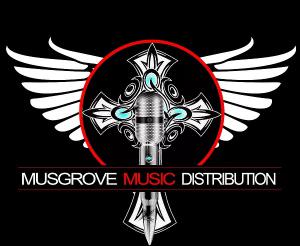 When a man can triumph over one of the most destructive chemical dependency vices the world has ever faced, there's no question why his music is so impactive.

“That’s Not My Name Anymore” is a very frank, down to earth musical testimony and message of redemption that thousands of listeners are already gravitating to at breakneck speed.”
— Musgrove Music Distribution

MIAMI, FL, USA, March 16, 2022 /EINPresswire.com/ — Musgrove Music Distribution has introduced an artist whose testimony has been literally heard around the world. Now Elder Thaddeus K. Bruce, who we now know as Minister Redeemed, has created an amazing sound that fuses the styles of Gospel, Hip Hop, Rap, and Urban Contemporary music, all within one song. Click REDEEMED to download your copy of the runaway hit single “That’s Not My Name Anymore” now.

“I can’t believe how quickly this artist is moving up the charts!” says Daniel Musgrove, CEO of Musgrove Music Distribution. “He’s shooting up the charts like a bottle rocket on the Fourth of July. For Minister Redeemed, it’s apparent that the sky truly is the limit.”

As a young man in the 80’s, Minister Redeemed had a promising career in professional basketball. But it all came to a screeching halt when he succumbed to the addiction to crack cocaine, which had him bound for over two decades. After several stints in multiple treatment centers, and by the grace of God, he was able to kick the habit and find full restoration as he gave his life to Christ and Christ-centered living. By the grace of God, through Apostle Kimberly Daniels (founder of Demon Busters Ministry), the 700 Club found out about his story and interviewed him on the show. Since the show's airing of Minister Redeemed’s story in 2008, his testimony has been replayed many times; as a result, thousands of people have contacted CBN and committed their lives to Christ.

The positive influence that Minister Redeemed displays over the masses cuts through strongly in his music. His debut recording “Taking It To The Streets” was his musical proclamation of his commitment to God to the world. A minister in his own right, Minister Redeemed has personally touched the lives of many with his straight-forward musical approach to godly living, as well as his solemn warnings for choosing the negative options the world has to offer. The music is yet another avenue through which he touches the lives of so many people. There is something in his music that can relate to the masses in all demographics.

Minister Redeemed has served as Outreach Coordinator of New Horizon Recovery Center, a ministry underwritten by Teen Challenge, Georgia. He has also served as Choir Director of said organization. For Minister Redeemed, these are some of several ways that he works to give back to the community and hopefully prevent others from making dangerous life choices not unlike the ones he mistakenly made over the years. His music and his renewed life is a beacon of light that remains an inspiration to all he encounters.

Minister Redeemed’s latest musical project, “Grace, Love, And Mercy” transcends the artist’s previous recordings with a fresh new sound, sharp new rhythms, smooth-flowing lyrics, and lush harmonies. Minister Redeemed has found the perfect balance of rhythm, poetry, melody, and harmony that’s sure to maintain its relevance in the music industry. “That’s Not My Name Anymore” is a very frank, down to earth musical testimony and message of redemption that thousands of listeners are already gravitating to at breakneck speed. It’s no small wonder that the single has already garnered such levels of success and praise by many in such a short time. Minister Redeemed has encouraged us to stay tuned, as he is currently working on a music video for “That’s Not My Name Anymore,” as it promises to be nothing short of amazing.

UPDATE!!! Minister Redeemed has just released his brand new video, "Grace Love And Mercy." Click on GRACE now to see this video that's sure to pull your heartstrings and inspire you with it's images of testimony and triumph.