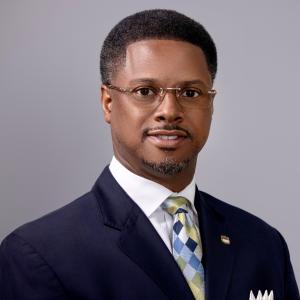 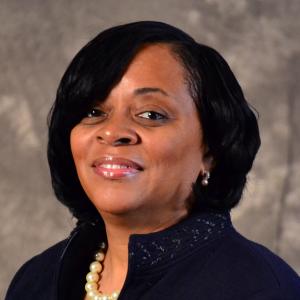 For decades, Black families and other families of color have been victims of housing discrimination that has prevented them from reaping the generational benefits of home ownership”
— Danny P. Felton

The National Association of Real Estate Brokers (NAREB) calls on Congress to enact a major down payment assistance program to help counter decades of housing discrimination in Florida, and nationwide, that prevents Blacks and other people of color from becoming homeowners and facilitating intergenerational wealth.

In passing H.R. 5376, the original Build Back Better Act, the House included a $10 billion down payment assistance program for first-time, first-generation homebuyers. But now the measure is in jeopardy in the Senate, where lawmakers have been focused on gun control, inflation and war in The Ukraine. Even with these pressing issues, it’s critical that down payment assistance legislation is enacted to bring fairness and equity to our communities.

“For decades, Black families and other families of color have been victims of housing discrimination that has prevented them from reaping the generational benefits of home ownership,” said Danny P. Felton, President/CEO of The Experts, LLC and a NAREB Vice President. “As a result, many Black families haven’t been able to pass down homes from generation to generation in their families, creating the wealth that can be used for down payments. That’s why this legislation is so important. It helps right the ship and put Black families on a path towards homeownership and building wealth.”

Felton said studies show that many Black families can afford monthly mortgage payments, but are unable to save the money required for the down payment to purchase a home. He explained that federal down payment assistance can boost homeownership for Blacks, other minorities and all low to moderate income families.

“There are other options for down payment assistance, but they come with conditions that can hurt a family’s ability to be approved for a mortgage,” said Felton. “Some programs add a second mortgage or stricter wage and credit score requirements.” He also noted that some proposals link down payment assistance to a tax credit, “but that relief does little to help a family that can’t close on a house because of the size of the down payment. The federal grant program is the best option. It won’t impact an applicant’s ability to qualify for a mortgage.”

Lydia Pope, NAREB’s President, urged Congress to act on a down payment assistance program. “Blatant, race-related barriers have curtailed for centuries the expansion of Black wealth in America,” she said. “A typical White family has eight times the wealth of a Black family of similar stature. The median net worth for Black households is $24,000 compared to $188,000 for White families. This hideous cycle can only be broken by improving the major driver of Black wealth in America – intergenerational homeownership that can yield prosperity and family economic security.”

Felton noted that biased appraisals are also affecting Black wealth and homebuying. In Tampa,
the average home owned by an African American was valued at $292, 801, while the average home of a White family was valued at $336,235. Around Florida, Black homes are undervalued. In Miami a Black-owned home is valued at $86,000 less than a White home, in Jacksonville at nearly $80,000 less and in Orlando $45,000 less.

“There must be an end to appraisal bias when Blacks are selling their homes or need a valuation on new ones,” said Felton, noting that a report by the Biden administration confirms the extent of appraisal bias across the country.

“Appraisal bias, as well as other forms of housing discrimination, have been barriers to Black homeownership. Many public and private sector leaders pledged to begin a new era of fairness and equity after the police killing of George Floyd. What we need now is not more words, but actions that can make a difference in our communities.”

For print or broadcast interviews with NAREB President Pope or NAREB VP Felton, please contact Michael Frisby at Mike@frisbyassociates.com or 202-625-4328.

ABOUT THE NATIONAL ASSOCIATION OF REAL ESTATE BROKERS
NAREB was formed in 1947 to secure the right to equal housing opportunities regardless of race, creed or color. NAREB has advocated for legislation and supported or instigated legal challenges that ensure fair housing, sustainable homeownership, and access to credit for Black Americans. Simultaneously, NAREB advocates for and promotes access to business opportunities for Black real estate professionals in each of the real estate disciplines.