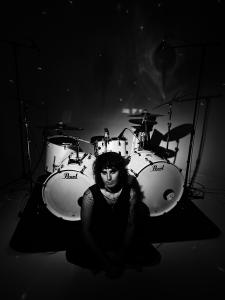 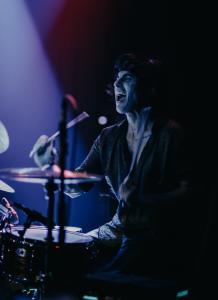 Richard Ficarelli promotes a genuine passion for being a rock drummer.

FORT MEYERS, FLORIDA, UNITED STATES, December 16, 2021 /EINPresswire.com/ — Richard Ficarelli is an independent drummer with a substantial social media following. Though he is only 28 years old, Richard has released several viral videos to his impressive fan bases on platforms such as YouTube and Instagram. Only a short time after joining TikTok in 2021, he has already gained tens of thousands of followers and has comfortably surpassed the 1,000,000 ‘Likes’ milestone.

Richard's career began at a young age. He launched his YouTube channel in 2010, where he published drum covers such as Hey Monday's "How You Love Me Now." Today, his channel has over 160,000 subscribers. During his late teenage years & early twenties, he toured and collaborated with a variety of YouTube musical pioneers such as Dave Days, Nice Peter, DeStorm Power, Tyler Ward, and many others.

Richard's success with his YouTube channel paved the way for him to appear on his first nationwide tour, The DigiTour 2011. During the tour, Richard collaborated with several of YouTube's most famous artists both on and offstage. The 2011 DigiTour, sponsored by YouTube, was the first ever occurrence of this type of event. On April 8, 2011, the 27-city tour began with a multi-camera live stream from the Google Headquarters in Mountain View, California.
Richard went on to form a band whose fan base was secured largely online, and they subsequently released their own records and toured North America as King The Kid (2012–2014).

Now living in Nashville, Richard collaborates with various artists and groups who build the foundation of the city’s vibrant rock, pop & alternative scene. Similar to many social media influencers, he devotes time each day to staying engaged with his fan base and his efforts are paying off. When Richard joined the popular platform, TikTok, he knew it would be a great way for him to cultivate a brand new audience through the means of short-form videos while providing the flexibility to explore new aspects of his passion for music and entertainment respectively.

TikTok is a video-focused social networking service. When a person downloads the app and creates a profile for the first time, they are able to choose the categories that appeal to them. The idea behind making these selections is to give the TikTok algorithm a head start at learning about the user in order to push tailored videos to them for their "for you page" or FYP. The TikTok algorithm for pushing new videos to the FYP can be a challenge, especially for new content creators. Also, even when a video does go viral on TikTok, a large number of viewers does not always equate to new followers. In order to gain followers, a creator on the platform needs to regularly post engaging content that compels individuals to desire to know that creator personally. All of these factors mean that Richard Ficarelli did a lot of things right in those critical first days of joining TikTok in order to grow his following so rapidly and consistently. He understands how to create meaningful content that keeps his fans coming back for more. Understanding the nuances behind how to represent oneself online is a challenge for any celebrity or social media influencer, but for an independent artist such as Richard, it is especially impressive that he has done so with such thoughtfulness. He always promotes a genuine passion for being a rock drummer first and foremost while masterfully intertwining relatable and comedic content relevant to him and his fanbase, showing a deep knowledge of the modern music industry as a whole. He has also been careful to remain a good role model to aspiring, young musicians and will no doubt continue to be one that paves the road with innovation in the digital music space.

Interviews with Richard Ficarelli have recently been featured in Inspirery and Ideamensch. For more information, visit www.tiktok.com/@rickyficarelli