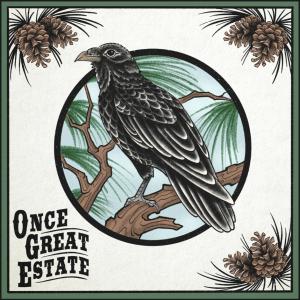 "Even The Undertaker" is the first album release from Florida-based Tracy Horenbein and Once Great Estate. Horenbein also records under the moniker, Tracy Chow.

TALLAHASSEE, FL, USA, August 31, 2021 /EINPresswire.com/ — Tallahassee, Florida natives Once Great Estate are thrilled to share with you the release of their first full-length album, "Even The Undertaker." As a follow-up of the widely successful EP, "Saint Augustine," "Even The Undertaker" seeks to build off this momentum and put northern Florida music on the national radar. Featuring a dynamic blend of instrumentation, "Even The Undertaker" pulls traditional folk, and country stylings with a contemporary vibe suitable to today's music pulse. Highlighting this diverse complement of sounds, vocalist/guitarist Tracy Horenbein utilizes a rich harmonization of Southern twang, coupled with a majestic vocal range to grab the attention of the listener and push the envelope of what the Americana genre can truly deliver. Once Great Estate also features bassist, Jeffrey Chagnon, guitarist/mandolin player F. Matthew Burns, fiddle player/guitarist Christopher Ash, and drummer Steve Burke rounding out the assemblage of high skilled and professional musicians focusing on entertaining and challenging their audiences.

"Even The Undertaker" is an eight-track offering featuring newly recorded material, which adds nicely to the growing catalog of released single and aforementioned EP. A full-length journey into the themes of belonging, love, conflict, and resolve, "Even The Undertaker" employs a colorful narrative to tell vast stories of the Southern region while executing rich metaphors to engage the listener.

Looking to showcase this new material, Once Great Estate will be performing across the state of Florida, while ever branching forward. Normally an electrified 5-piece, they occasionally perform quieter acoustic shows in more intimate listening rooms. Amped up or traditional, the heartfelt, thoughtful songwriting and musicianship comes through in each performance.

When Tracy Horenbein is not performing with Once Great Estate, she is composing ambient music under the moniker Tracy Chow. Her instrumental compositions have been featured in numerous documentaries and independent films, as well as meditation and yoga compilations. She was also featured in The Guardian magazine Folk Album of the Month for May 2021, for her solo singer-songwriter work on the Slow Movement Label's folk compilation "Future Folk". She also manages the Neve based recording studio Indianhead Factory in Tallahassee, Florida with her husband.