Green Energy is a term used frequently these days, but what does that term mean? Javier Troconis discusses Green Energy. 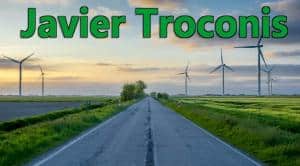 Green Energy is a term used frequently these days, but what does that term mean? Javier Troconis discusses Green Energy.

MAIMI, FLORIDA, UNITED STATES, April 22, 2022 /EINPresswire.com/ — The term "Green Energy" is energy produced without causing harm to the environment. Energy expert and consultant, Javier Troconis, states any energy type that is generated from natural resources can be categorized as "Green Energy", such water, wind and solar. Generally emanating from renewable energy sources.

In addition to wind and solar, geothermal, biomass and hydroelectric power can also claim to be Green Energy. Collecting energy from these sources is clean and constitutes an environmentally friendly way to produce energy.

Although "Green Energy" sources are generally renewable, however, such as oceans, the sun, wind and geothermal.

Renewable energy isn't always green! To be deemed "Green Energy" producing the energy cannot pollute the environment, such a CO2. If an organic energy source is being burned to create the power, it may be renewable, but not "green" as the burning process produces CO2.

Solar Power has grown steadily over the last 2 decades, and is expected to continue growing and affect more of the small consumer market as photocell solar cells continue to improve and decrease in cost.

Wind Power is particularly effective where wind is a prominent feature of the geography, such as offshore, or high altitude climates. But really, anywhere there's a good steady wind that can spin propellers, turbines and generate electricity. Also, solid state or bladeless wind-power is beginning to gain traction.

Hydro-power has been around for a long time and produces a great deal of our current energy. It's best feature is the scalability of operation, and of course virtual endless renewable power source. Hydro-power is also recently being incorporated in consumer homes, such as rain fall collection, and drain off through appropriate turbine to energy storage.

The designation of "Green Energy" is sometimes dependent on how they are generated. For instance, Geothermal Energy uses thermal energy that has been stored under the earth’s crust and requires drilling to acquire. The environmental friendliness is dependent on the drilling techniques as well as other factors. This process can be done in an environmentally responsible way, or not.

Biomass is relatively new in large scale productions and can be "somewhat green" but the degree may vary on the output of greenhouse gas emissions caused by the burning of organic materials. However, it is certain to be cleaner than petroleum or fossil based fuels. Bio-fuels have quietly gained considerable growth in the last decade, and are expected to supply 25% or more of transportation energy demand globally by 2050.

As Green Energy grows around the world, it creates the opportunity to provide power for more of the world's population than ever. Even with the recent population explosion, there are still a higher percentage of people than ever before, with access to power! This provides great hope.