Jerry Saperstein and The Original Harlem Globetrotters from 1968 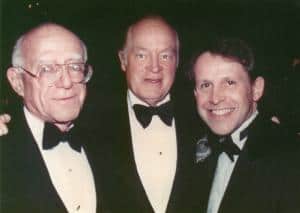 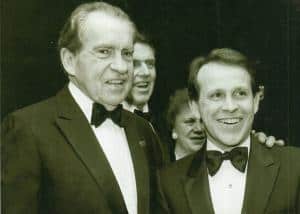 An experienced Sports Promoter, he was Founder of the newest sports and entertainment project, the American Giants Professional Basketball Club

WEST PALM BEACH, FLORIDA (FL), UNITED STATES, December 16, 2021 /EINPresswire.com/ — Jerry Saperstein, considered as one of the most prolific promoters in the history of American sports, died at the age of 81 on November 16, 2021, it was announced in memoriam by the American Giants Professional Basketball Club.

Jerry Saperstein learned his craft as he watched his father Abe Saperstein produce one of the most famous and beloved teams in the history of the world, The Original Harlem Globetrotters.

Saperstein, in his own right, learned the sports promotion business from the ground up. Jerry not only succeeded his father as the CEO of the Globetrotters in the 1960s, he also went on to start the New York Sets of World Team Tennis, the Super Soccer League (indoor), and the San Francisco Shamrocks of the Pacific Hockey League in the 1970s. Jerry also assisted Lamar Hunt in the growth and development of the WTA (Women’s Tennis Association).

Jerry was tapped by David A. “Sonny” Werblin, the famous entertainment and sports entrepreneur who served as Chairman of Madison Square Garden Center, Inc., to join the exclusive executive management team at the Garden. Jerry was there for eight years in the 1980s and was responsible for the growth of many of the properties owned and operated by this well-known entertainment conglomerate.

Jerry was a long-time friend of George Steinbrenner, owner of the New York Yankees. As young sports entrepreneurs, Steinbrenner and Jerry had been involved in the startup of the old American Basketball League in 1961 at the request of Jerry's father Abe.

In the 2000s, Jerry was involved in many sports and entertainment products including the Rocket Hockey League (roller hockey) and sports merchandise development.

More recently, he was Founder of the barnstorming American Giants Professional Basketball Club, whose players are all at least seven feet tall (www.TheAmericanGiants.com).
“I knew Jerry for 40 years and he has been a cherished friend and a joy to work with,” stated Norb Ecksl, Co-Founder of the American Giants Professional Basketball Club. “His experience and knowledge in all areas of the sports and entertainment business was unparalleled. He played a major role in the growth of sports business. We will miss him.”

"My father Walter and Jerry started their close friendship in the early 1950s when they were high schoolers on the Northside of Chicago,” explained Larry Kaiser, Co-Founder of the American Giants Professional Basketball Club. “I was fortunate not only to have made a cherished lifelong friend, but also to be taught and mentored in the Sports Industry by ‘Sports Royalty.’ Those lessons, and his spirit and love for the game of basketball, live on through the American Giants Professional Basketball Club’s vision."

In memory of Jerry Saperstein, the American Giants basketball team will wear a distinctive uniform patch containing his initials for the inaugural season of touring.