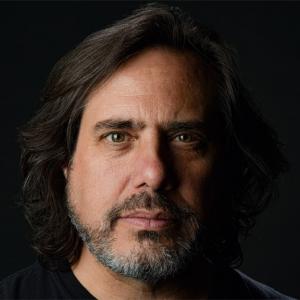 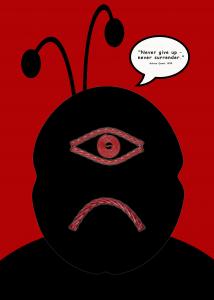 KOINFETTI, the NFT marketplace, and its affiliated site, POPKOIN.com, an innovative new model for financing independent films supported by the sales of NFTs

I decided that using candy elements frequently found at a movie concession stand was the right approach. The project quickly evolved into these fun characters with candy faces.”
— Bill Brady – Photographer and Creator

FORT LAUDERDALE, FLORIDA, USA, April 22, 2022 /EINPresswire.com/ — #koinfetti, the NFT marketplace, and its affiliated site, POPKOIN.com, an innovative new model for financing independent films supported by the sales of NFTs, announced today its April 28, 2022, drop of an NFT collection to finance the production of an independent film.

Selling two kinds of NFTs, KERNELS and POPKOIN TUBS, on its KOINCESSION STAND, within the KOINFETTI marketplace, POPKOIN finances independent films and offers the opportunity to holders of NFTs sold by the KOINCESSION STAND to share in a portion of POPKOIN’s revenues from its investments in films.

While this new platform is no joke, the first film to be financed by POPKOIN is a romantic comedy about an Italian-American family in Brooklyn, New York, during the Christmas holiday—think “Moonstruck” meets “My Big Fat Greek Wedding.”

The first KERNELS collection is being launched by POPKOIN for it to finance that romantic comedy. Appropriately, though, for NFTs sold by the KOINCESSION STAND, this collection of 10,000 NFTs, “I, Candy,” each priced under $100, is a whimsical and fun collection of art, created by one of the foremost food photographers in the United States, using candies sold by concession stands in movie theaters to create characters and also featuring familiar quotations from films.

POPKOIN.com also will auction off a one of a kind POPKOIN TUB NFT, following the drop of “I, Candy,” which will be of the POPKOIN logo with added elements that provide clues as to the general subject-matter of the film. Thereafter, information and news regarding the romantic comedy will be available through POPKOIN.com.

About the Artist, Bill Brady

Bill Brady is one of the leading food photographers in the country. As one of the producers of the film being financed, Bill “wanted to help blaze a new way to finance a feature film” by partnering with POPKOIN and KOINFETTI. He has been creating what he calls "Food Art" for the last 20 years, has had numerous gallery shows, and is passionate about art and film. Bill explains: "When it came time to create this NFT collection, I decided that using candy elements frequently found at a movie concession stand was the right approach. The hard part was figuring out how to make 10,000 unique pieces. Through the amazing guidance of KOINFETTI and POPKOIN, the project quickly evolved into these fun characters with candy faces. Adding movie quotations was the final piece of the puzzle." Working with POPKOIN’s model, the producers hope to create a proof of concept that people can take control of financing their films in unique ways. “By using an NFT collection to finance a mainstream film project,” Bill says, “it is our sincere hope that the value of the collection and our story will inspire other filmmakers and elevate the entire industry."

About KOIN MARKETPLACE, LLC:
KOIN MARKETPLACE, LLC is a Florida company that provides a different and innovative NFT marketplace, one with a purpose. KOINFETTI provides its members, incubators, and holders of KOIN [xKN], its affiliated cryptocurrency, benefits and rewards and a real sense of community, keeping users engaged at all times, and does the same for its creators. The company is poised to announce many more inventive features in the very near term.