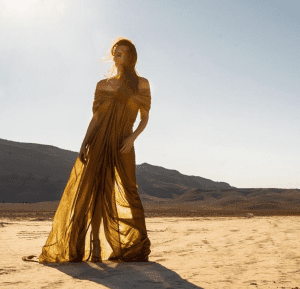 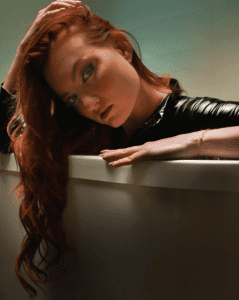 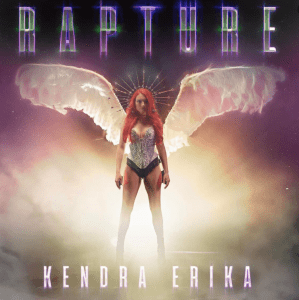 For an artist who has become known for her lush signature sound, it is perhaps even more striking when she scales things back and lets the song’s 'bones' show.”
— -American Songwriter

BOCA RATON, FLORIDA, USA, May 16, 2022 /EINPresswire.com/ — Kendra Erika is a #1 Billboard recording artist and songwriter who has already established herself within the music industry. From Boca Raton, Florida, Kendra’s music, which can best be described as an exciting fusion between deep house and pop, has a unique vibe that can be related directly back to the musical culture and community that has inspired her over the years.

Kendra's latest project, the official music video for “Rapture" is picking up momentum across the country. Kendra just sat down with The Buzz to talk about "Rapture"; a song that can shatter stigmas on sexuality and allow people to embrace who they are. "Rapture" is receiving airplay and attention across the artist's home state of Florida via Music Mix USA TV, out of Miami. "Rapture" was also accepted this month by RX Music, the Music Sommeliers for Experiential Brands who provide distinctive and unique bespoke playlists for their upscale clientele.

To date, Kendra has released a dozen singles and worked with top producers and songwriters, including her recent release, "Try Again," a heartfelt remake of the original Timbaland produced Aaliyah song. The track was produced by hitmaker RUNAGROUND, Andrew Kirk (100 million views on YouTube). When Broadway reopened in the fall of 2021, Kendra released her dance remake of “As Long as You’re Mine” from Wicked, featuring 2x Tony Award nominee, Rock of Ages star and American Idol finalist, Constantine Maroulis. Kendra previously had five Top 10 dance hits, including "Self Control," which reached #1 on the Billboard Dance Chart, and "So Fly," which peaked at Top 10 on the U.K. Dance Charts. Kendra’s music videos for these songs have amassed millions of views to date.

What the Media is saying about Kendra:
"Much like Lana Del Rey, Kendra Erika's style and vocal finesse mirrors that of old school Hollywood." -Pop Dust
"Kendra Erika is a force to be reckoned with in the pop/dance space." -Your EDM
"Kendra Erika is on an upwards and fast-rising trajectory towards complete stardom." -We Rave You
“Kendra Erika is the South Floridian artist making waves with her own brand of emotionally charged pop – and “Avalanche” is no exception.” -Wonderland
“For an artist who has become known for her lush signature sound, it is perhaps even more striking when she scales things back and lets the song’s 'bones' show.” -American Songwriter

Kendra continues to perform and headline for crowds including the Tea Dance in NYC- a yearly Gay Pride event, as well as opening for international pop artists, including Jason Derulo. Fans will get the opportunity to hear more great music in 2022 as "Rapture" is followed up by a pumping remix featuring Tobtok, aka Tobias Karlsson, who leads the new wave of Swedish electronic music DJ/ producers. This talented artist has even more in store for 2022, so stay up on the latest at: https://kendraerika.com.