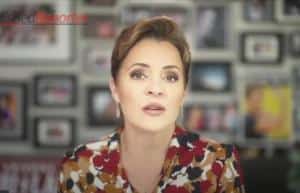 The former anchor became a symbol of truth in journalism when she walked away from the media despite being number one in the ratings for over two decades.

Journalism had ceased to exist the way I knew it when I started; it went from being just biased to unethical and immoral.”
— Kari Lake

Led by the Published Reporters' Nick Lulli, the interview discusses the future of Arizona, why she decided to step out of media and into politics, all the issues facing the country, such as Ukraine, the border, and a range of issues which could wind up on her desk when she’s governor.

Kari Lake, the former anchor for Fox 10 News in Phoenix, became a symbol of truth in journalism when she walked away from the mainstream media despite being number one in the ratings for more than two decades.

"Journalism had ceased to exist the way I knew it when I started; it went from being just biased to unethical and immoral," says Kari Lake, former television news journalist and Trump Republican. " I was leaving for a reason; journalism had died and it had become a beast of pushing and peddling propaganda and I had no desire to be in that, so I put that video out and overnight it went viral and I started getting emails and messages and people stopping me on the street saying thank you for being an honest journalist, we trusted you, we understand why you're leaving, would you consider running for office? We need people with integrity who understand this state, and it wasn't just one or two people it was dozens upon dozens upon dozens."

Top Discussion Points from the Interview:

• The media and how it has changed since she began in journalism over 27 years ago.
• The pandemic and how it played a role in her decision to walk away.
• The border crisis and how it is affecting not only the State of Arizona, but the nation.
• The negative attacks on her since announcing her candidacy and how it has affected her friends and family.
• The current situation with Russia and Ukraine and our countries involvement including the President’s response to it.

(This interview was recorded remotely in late January 2022.)

About The Published Reporter®
The Published Reporter® is a news and media outlet which focuses primarily on news and current issues related to the United States with a local focus on South Florida. In November 2020, the online newspaper announced it had reached a significant milestone; inclusion in Feedspot’s coveted “Top 100 USA News Websites” list, putting the independent Published Reporter website shoulder-to-shoulder with some of the heavy-hitters in the media world in terms of traffic, recognition and quality. It remains an advocate against the lame stream media and focuses on Truth and America First™.