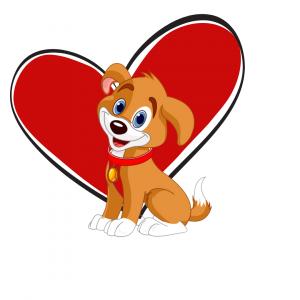 An Ounce of Prevention is worth a Pound Of Cure.”
— Baron Storm

PUPPY LOVE is in the process of going public in the USA and is currently issuing its first Private Placement to Friends Family and Business associates.

PUPPY LOVE is the only dog food and dog treats manufacturer that uses a patented, all-natural ingredient in its treats and food. It is also the ONLY ingredient in any dog food that has all three of the major health authority approvals in place. It has been approved by the FDA, Canada Health and the European Food Safety Authority (EFSA)

"What makes this a breakthrough in pet food and treats is that this patented ingredient promotes the growth of healthy bacteria in the gut and colon of the animals, in fact also in humans." Says Baron Storm, Founder and CEO of PUPPY LOVE. He goes on to say, "This product has had the benefit of scientific reviews and clinical trial to attest to its efficacy and safety, in both humans and in animals. When your animal, just like yourself, have a healthy gut and colon, it actually improves your immune system and fights against all the bad things out there like cancers, obesity, organ damage and more."

The company is pleased to note that even coming out of the gate the world wide attention for PUPPY LOVE is staggering. You may recall that WIN TV initiated a social media campaign through another of its clients, AMAZING FOODS INC. The campaign called "KICK THE SUGAR" GO " NATURALLY SWEET" elicited approximately 170 million responses from around the world.

Many pet foods also include sugar and fructose and other bad chemicals and preservatives into their recipes. PUPPY LOVE SMART TREATS are sugar free.

Another interesting fact is that PUPPY LOVE has engaged the services of celebrity television chefs to come up with great tasting recipes. In fact they are so good that they share them with their pets.

There are many other innovations coming from PUPPY LOVE including the PUPPY LOVE CLUB which is already attracting members from around the world.

"Think of it like a "Costco" for pets," says Baron Storm. "The membership provides wholesale pricing to pet owners and many other advantages but it also contributes to the support of animal welfare organizations, including puppy, kitten and horse rescue organizations that need help around the world. This is really good work to support and help animals that give us so much unconditional love in return.

The inspiration for the PUPPY LOVE concept was a two year old Pomeranian named "LOLA" who had quite an adventure where she was nearly killed several times. Her story is now the subject of a new book called "LOLA's GREAT ESCAPE" and is also an upcoming movie. (The movie is looking for two more dogs to be cast. One needs to be a yellow lab and the other a character dog of any kind.) Auditions are only open to PUPPY LOVE CLUB pet owners. So Join now. It's a great international effort.

Over the next several months we will be releasing several news releases updating pet owners everywhere about PUPPY LOVE.

The PUPPYLOVE.INTERNATIONAL website is presently under construction but should be live at any time. Check it out and met the famous LOLA!