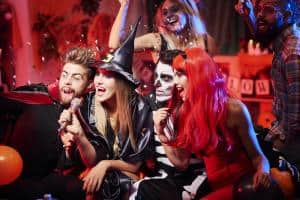 Florida Ice is looking for creative people that fail, learn from their failures and try again – those that try new experiences and challenge the status quo.

The FSU College Dems are firmly opposed to SB 86. A majority of the students in our organization are only in college because of the money Bright Futures offers.”
— Samantha McLoughlin

TALLAHASSEE, FLORIDA, USA, March 10, 2021 /EINPresswire.com/ — Scott Josh Cooper & Florida Ice is pleased to announce that it is offering a $1,000 scholarship to the student who uploads the best lip-syncing video. This scholarship idea was inspired by the American musical reality competition television series, Lip Sync Battle.

The first video to receive 86 votes will be declared the winner in response to Florida Senate Bill 86.

The videos and scholarship applications must be uploaded on the Scott Josh Cooper & Florida Ice website by April 30, 2021. All the videos will be displayed on the website and its Youtube channel. A vote will be held in the first week of May and the winner will be announced on May 15, 2021. For those who need some inspiration, some of the most popular lip-syncing videos from Lip Sync Battle are also posted on the website.

This scholarship is being offered in response to the recent proposed Florida Senate Bill 86. If passed, this bill would require college students to select a major that leads directly to employment. The bill would make changes to Florida scholarships and eligibility requirements. The measure would prioritize student academic majors and career paths and give politicians too much power over what students choose to study. The overriding concern is that Florida Senate Bill 86 would make it even more difficult for students to qualify. Growing opposition to the passage of this bill has been noticed by state legislators. A petition was signed by more than 70,000 students in opposition to the bill.

Samantha McLoughlin, president of the FSU College Democrats, said in a statement given to FSView, “The FSU College Dems are firmly opposed to SB 86. A majority of the students in our organization are only in college because of the money Bright Futures offers. Republicans in the state legislature are cutting corners and have made it their mission to not support Floridians."

"The College Republicans at Florida State University respect the Sponsor of this bill and his prior efforts to maintain true, fiscally conservative values, but we respectfully oppose Senate Bill 86," the FSU College Republicans said in a statement to the FSView. "Many of our own members benefit from the Bright Futures program, which incentivizes and awards academic excellence and encourages the retention of students within the state, thus investing in Floridian excellence."