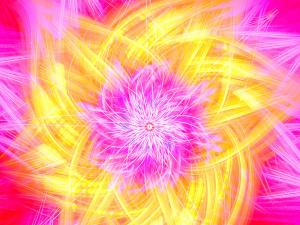 David Fleshman is an emerging digital artist known for his photo-realistic paintings, and digital prints include current works that focus on pattern, geometry, and mathematical theories. He has his own space that will allow him to present his best digital artwork alongside new original works that he's been created.

The two media styles he chose to work in are oil painting and digital artist. Each painting canvas that I make measures between 16′′ x 20′′ to 20′′ x 20′′. David Fleshman used oil paints along with digital designs to create his artwork. While working in digital media, he used his DSLR Canon camera to take various photographs. Then, he uploads his images to the computer and uses the special programs of Adobe Photoshop to touch up the photos. For his posters, he uses Adobe Photoshop brushes and typography to create them, like his "Expose Exhibition" and "Wishes" poster artwork.

ArtTour International Magazine announced its participation at Spectrum Miami Art Fair with a display of an exclusive selection of contemporary artists from around the world and a projection of the Arttour International TV Shows and Digital Exhibition at Booth #503.

In the words of ATIM CEO, Viviana Puello "The best thing about attending art fairs is meeting artists in person and feeling their passion for art! Everyone needs an escape from their daily routines- In today's busy world, it has become increasingly difficult to slow down and take a break from your typical routine. Art plays an important role in reflection and contemplating your next move to live's important decisions.

That's why ArtTour International was created: to help support and grow art culture around the globe by providing Artists with better exposure and opportunities that otherwise would be impossible to obtain alone. Art will always remain an essential component in our lives as it allows us to see beyond just what we see with our eyes; there are many worlds within one work of art!" said Puello. We're excited to bring Digital Artist David Fleshman to our booth. "Concluded Puello.